Eyeing the Future of the Global Food Waste Problem 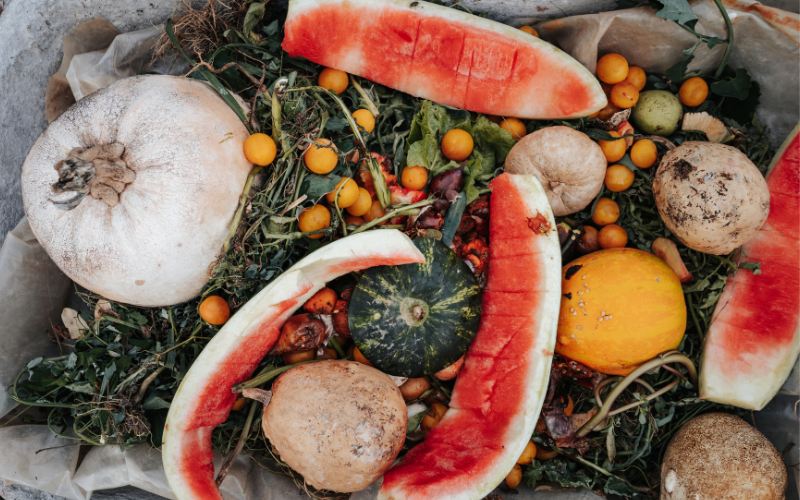 The amount of food wasted each year in the United States (100 billion pounds) would weigh almost as much as the Great Wall of China. And that’s just from a single year.

Food waste certainly doesn’t stop at the American border, though, or any other country for that matter.

Unnecessary food waste—on farms, within the supply chain, at grocery stores and restaurants, and from individual consumers—continues to be a massive global problem. And although the issue has only gotten bigger given the chaos of the food supply system since 2020, the expansion of technology in the ag sector could provide some solutions to close the gap between how much food is produced—and how much is actually consumed.

The scale of the food waste problem

According to Forbes, up to 40% of all food in the U.S. ends up wasted each year. That’s 100 billion pounds of food, worth upwards of $400 billion. Globally, the figure jumps to 2.5 billion tons of wasted food each year, including 1.2 billion tons specifically wasted on farms.

And while food waste is certainly not new, the past couple of years have only thrown accelerant onto the global problem.

The war in Ukraine, for example, has exacerbated what was already an enormous food waste problem. Exports, especially wheat, have been sitting in the country, unable to move because of blockades and continuous conflict. This has not only wasted raw food materials, but it’s also constrained markets globally—meaning food waste is having a proportionally greater impact on a world already strapped for supplies.

Oh, and food shipment is still an international mess—a remnant from the early days of COVID-19, where pandemic restrictions, labor shortages, container shortages, and more factors combined to halt or significantly slow down many supply chains globally. The more shipment snags there are, the more likely it is that food, especially perishables like meat and produce, will go bad before it can be transported. One recent study from the UK shows that food waste has actually increased over the past six months because of ongoing supply chain problems.

To put it lightly, food waste is a gigantic international problem—with no signs of immediate abatement.

Upwards of 800 million people worldwide were undernourished in 2020, and more than 10% of U.S. households (13.8 million people) were food insecure at some point during 2020.

Food waste also isn’t just food waste. When growers use significant amounts of water, energy, and resources to produce food that’s never consumed, that’s an even larger-scale problem. According to the World Resources Institute, a quarter of all water used in ag is actually used on wasted food.

More bad news: All that waste is hurting the climate, too. According to the EPA, about 170 million metric tons of carbon dioxide equivalent greenhouse gas emissions come from U.S. food waste.

And the economic impact of food waste? It doesn’t just affect those directly in the agriculture and food industries. Since food waste decreases profits at grocery stores, the IRS actually classifies those costs as tax deductible—meaning everyday taxpayers feel the impact. On top of that, since groceries are throwing out an average of $5,000 to $10,000 worth of food each week, that waste is factored into the prices they charge. End consumers are paying the cost of large-scale food waste.

It’s not all doom and gloom, however. Ag technology has the potential to put a dent in ongoing global food waste—and prevent it from happening in the first place.

Consentio, for example, allows wholesalers, producers, and supermarkets to run promotions to try to push slow-moving stock. The quicker those food products can get into the hands of those who will consume them, the less likely they will be wasted in the end.

Meanwhile, restaurant kitchens nationwide use platforms like LeanPath, which leverages data to decrease waste, or Lumitics, which helps them monitor how much food is thrown away in real time.

Copia helps collect and distribute waste from restaurants and other commercial kitchens—plus provides data on overproduction trends, so businesses can adjust their practices in real time. Spoiler Alert is an analytics platform that helps suppliers quickly sell short-dated inventory. And Full Harvest has built a B2B marketplace for surplus imperfect produce—so that those “ugly” strawberries or cucumbers are still used, even if they don’t look uniform with the ones typically at the grocery store.

As supply chains get more complex, the world continues to deal with the fallout from COVID-19, war rages on in Europe, and the global population rises, it will be imperative that the ag and food sectors drastically reduce unnecessary food waste. And while technology solutions can’t solve everything, they can certainly start to close the gap.