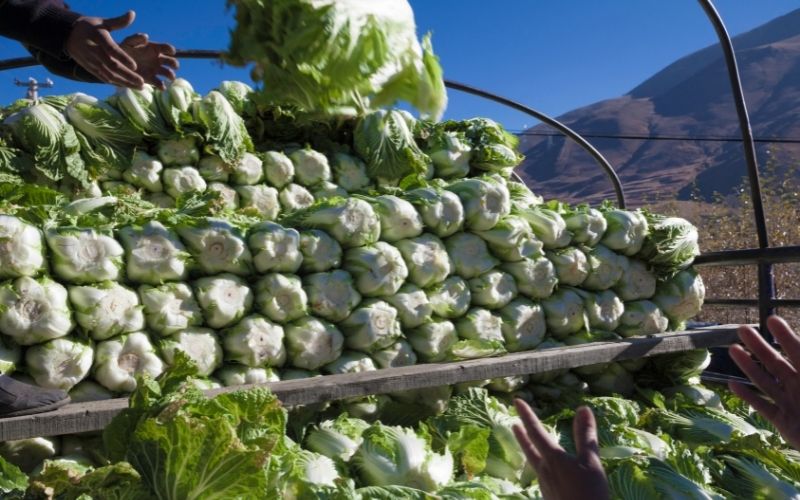 Sustainability of fresh produce supply is a big topic and usually involves discussions about water availability, soil health, kilometer zero and more. But conventional arguments are quickly torn asunder by global issues such as pandemics and now the escalating crisis in Ukraine, with Russia attempting in increase its global footprint.

We live in an integrated world. All the moving parts are interdependent whether we like it or not. It is over 30 years since Hal Mather told us that “we were now competing with the best in the world in our own back yards” referring then, of course, to the emergent internet revolution. And in recent weeks and months, the inherent fragility of this interdependency has been exposed.

Is the food supply chain under threat? ‘You bet your sweet bippy’ it is! Oil disruption alone will worsen already strained food supply chains. A quarter of Europe’s oil and a surprising 8% of our US oil comes from Russia. Anyone involved in agriculture in the USA will have experienced the pain of labor shortages, not just pickers, but machine operators, truck drivers and more. As one Wisconsin farmer told me recently “Truck drivers are the highest paid people on my payroll. I have to pay ‘top dollar’ simply to get them to come, and with a fleet of over 50 trucks it is pretty vital they do!” This all adds more strain and probable further disruption to the distribution of fresh produce. If the produce cannot be shipped, food waste is a sad but likely outcome. But what of the escalating gas prices? As I write this oil prices have hit an 8 year high. Here in the Southeast corner of the US, gas prices have rocketed to over $4 a gallon in recent days, nearly doubling over the last two years, and my Consentio colleagues in the Europe tell me the UK is suffering petrol prices of over £7.70 - that’s over $10 a gallon! And we all know where these increased distribution costs end up don’t we? In our shopping baskets.

We have become accustomed to shortages for the first time in many years. During the pandemic toilet paper and paper products were a scarcity for many. These days for some unfathomable reason it is the pet food shelves that are bare, with neighbors texting each other when they come across a hidden stash of ‘Friskies’ in a far corner of Walmart.

Levity aside, the CEO of UK food retailer Sainsburys this week expressed ‘severe concern’ at the impact of the escalating food prices on the poor. Unlike the D:Ream song, it seems unlikely ‘things are going to get better’ anytime soon.

Beyond the impact of the oil supply disruption, what of direct food exports from this troubled region? Russia and the Ukraine are known as the ‘bread-basket’ of Europe accounting for 29% of global wheat exports. Ukraine alone accounts for 16% of global corn exports and 12% of wheat exports, according to the US Department of Agriculture. It thus comes as no surprise that Russia’s action has driven world food prices to a record high. With the current crisis in Ukraine, and the closure of the ports, it is highly unlikely food will not be exported leading sadly to the certainty of increased food loss.

Other sector will also be impacted; Russia also produces just under half of the world's palladium and smaller amounts of platinum and nickel — all key components in microchip manufacture, and any disruption here will have far-reaching impact on everything from consumer electronics to satellite systems. Not to be out-done, Ukraine is Europe's largest producer of uranium and has massive deposits of titanium, manganese, iron and mercury.

So whichever way you look at it, disruption and shortages, like the Russian tanks, will likely just rumble on for some time yet.